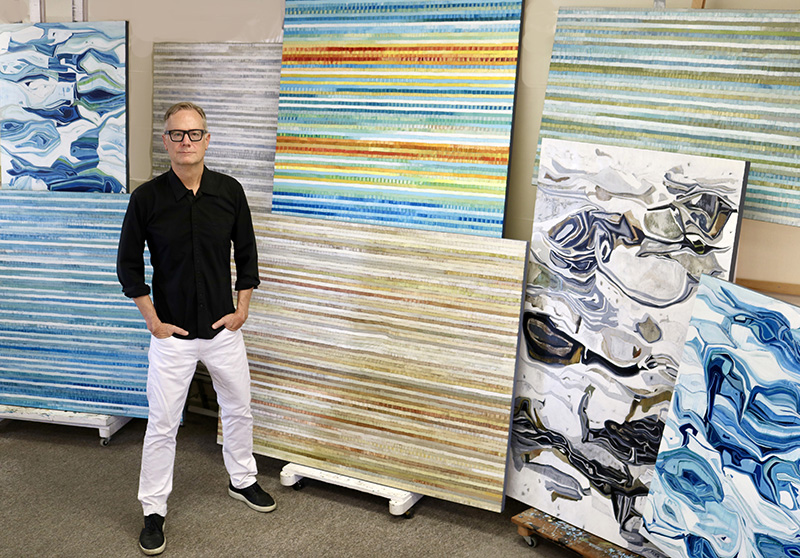 Bau-Xi gallery writes: Chase Langford’s painting practice emerges from a lifelong fascination with the endlessly varied forms of the natural world. This interest began during childhood, and grew rapidly. By his teenage years, Langford had gathered a personal collection of over 1000 atlases and maps. His cartographic impulse quickly carried over to his studies in geography at UC Santa Barbara, and later to a job creating maps for faculty at UCLA.

In the 1980s, with a perspective deeply informed by the rich visual patterns of the organic world, Langford began exploring ways in which he could integrate cartography and fine art. Equipped with skills in both life drawing and ceramics, he began a painting career inspired by natural phenomena both intimate and vast.

Langford’s work is prominently displayed in public, residential, and corporate collections around the globe, including the Long Beach Museum of Art, the Four Seasons in Hong Kong, the Intercontinental Hotel, San Diego, Nordstrom locations worldwide, Saks Fifth Avenue in New York City, and The Art Bank, U.S. State Department in Washington, DC, among many others.